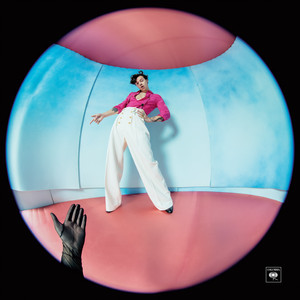 “Adore You” is the third single on Harry Styles' sophomore record, Fine Line. The track features Harry speaking about his love and passion for a significant other, and the extent to which he would do things for his lover.The release of the song was announced by Harry himself via social media alongside a cryptic image and a link to a music video trailer.The track’s release was also assisted with by further cryptic, strategically planned marketing, advertising the fake location that the track’s video takes place in. On November 25, 2019, fans started noticing sponsored posts by a campaign on social media, specifically being targeted to them, of a fictitious island named “Eroda.” Posters, an advertising method not unfamiliar to Harry, for Eroda were also spotted in New York. Interestingly, the cryptic image posted by Harry also features fish that resemble the logo of Eroda. “Eroda” is “Adore” backwards, tying the mythical island in the video back in with the title of the track. Harry was seen on set for the track’s music video by news agencies in Scotland on August 8, 2019.