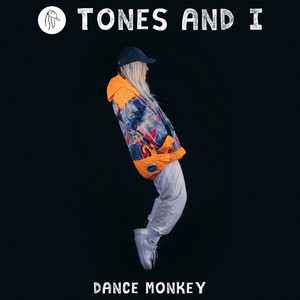 “Dance Monkey” is a song by Australian singer Tones and I, released as the second single from her debut EP The Kids Are Coming. In the track, Tones sings about the struggles of being a musical performer, inspired by her experiences as a busker. She explained to Billboard:It’s a song about a moment where I felt frustrated about how people had no patience anymore. […] If you replace the word ‘dance’ with ‘sing,’ it’s pretty self-explanatory. I’ve literally turned quotes that people say to me into lyrics – they’re all very real. […] It was one night where people just wouldn’t let me be. I’d been busking for seven or eight hours, and I had done six encores. So many people get inspired in the moment and just make up bullshit to try to give you hope. Every person swears black and blue on their kids’ lives that they’re someone and they can help me and they never do.“Dance Monkey” was written in October 2018, at her manager’s house. Tones posted a video of herself performing the track the day she wrote it.