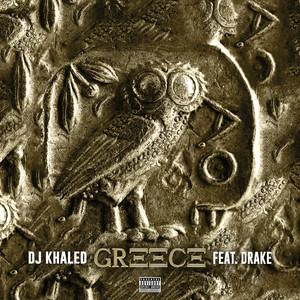 “GREECE” is one of the first promotional singles—along with “POPSTAR”—from DJ Khaled’s twelfth studio album, Khaled Khaled. Both tracks feature Drake. This is DJ Khaled’s first release since May 2019’s Father of Asahd.On the song, Drake promises his significant other a luxurious lifestyle, including vacations to Greece and expensive clothing. He then switches up the mood at the end of the song, where he discusses relationship problems which stem from his wealth and status.He first previewed the record during an Instagram Live session on May 1, 2020, after the release of his fifth mixtape, Dark Lane Demo Tapes. Two months later, on June 30, 2020, Drake and Khaled both posted pictures of owls—the symbol of Drake’s OVO Sound imprint—teasing a possible collaboration. On July 15, 2020, Khaled posted the song’s release date and cover art on his Instagram account.