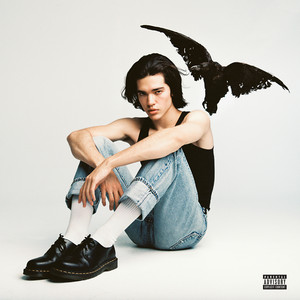 “Heather” is the tenth track of Conan’s debut album, Kid Krow. Conan previously mentioned “Heather” multiple times in tweets, including one saying:https://twitter.com/conangray/status/1225581862254284800The album was first teased on January 5th on twitter and the tracklist including 12 songs, 4 of which were already released, was announced 5 days later.Conan said that the song is about unrequited love. The song talks about Conan being in love with someone who is in love with Heather. He talks about frustration and jealously and how he has a love/hate relationship with Heather, wanting to be her. Conan’s sweater could possibly be the one seen in his artwork for “Comfort Crowd” where he wears a red and white striped knitted sweater.Conan also recently tweeted lyrics from “Heather” which went under the radar, with only a few dedicated fans asking about the suspicious tweet.