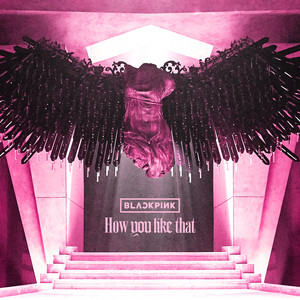 “How You Like That” is the pre-release single from BLACKPINK’s upcoming first studio album. The song is their first solo release since Kill This Love in April of 2019.The song is a hip-hop influenced, classic BLACKPINK song with grand and intense production featuring explosive beat drops. Through its lyrics, the girls of BLACKPINK wish to soar as high as possible even if they are flying in darkness.The song heavily incorporates BLACKPINK’s styling with each member working with the stylists and the costume design team to create impactful imagery through the accompanying visuals for the song.Their comeback with “How You Like That” was first teased by YG Entertainment weeks ahead of the song’s release. From June 14, 2020, teasers ranging from posters to a concept video were being uploaded daily to hype up the song’s release.