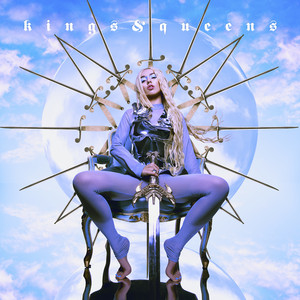 “Kings & Queens” is a song by Ava Max, released on March 12, 2020 as a single from her debut album Heaven & Hell.The song initially went through around 10 iterations which included different melodies and production, before the final version was completed. Ava stated that “Kings & Queens” is about how it would be a better place if queens ruled the world, and likened it to her previous song “So Am I”, acknowledging that it contained a similar message about empowerment.