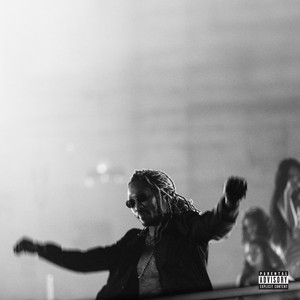 On “Life Is Good,” Future enlists the help of frequent collaborator Drake for their first collaboration since June 2018’s “Blue Tint.” Although the song was released as a collaboration, it’s divided in two solo songs.The track was initially previewed on Future’s Instagram Live on December 18, 2019. Between then and the track’s official release, Future and Drake teased it multiple times—most notably on January 6, 2020 when Drake teased the track’s imminent release and revealed its title via his Instagram story.On January 9, 2020, Future revealed its release date on The New REAL 106.1 radio station, where he also confirmed that Drake was strictly a feature on the track, making the rumors of a sequel to What a Time to Be Alive unlikely.