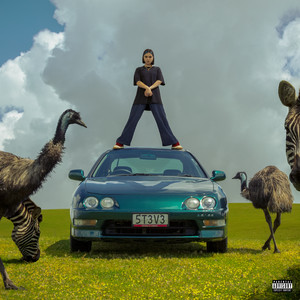 “Supalonely” is the third single from the EP Stella & Steve. The song gained popularity in March 2020, after it went viral on TikTok.The song was written during a trip to Los Angeles, following a break-up that inspired BENEE to write “Supalonely” and “Blu.”. She explained the song’s sound to i-D in February 2020:Sometimes when you’re sad you’re just like, ugh, get over it! I think when I listen to music like “Supalonely” where it’s making fun of the feeling of being sad, in a way it kind of makes me feel good in a very weird way. When I hear “Supalonely” now and when I perform it I feel happy.During Elton John’s Rocket Hour radio show on Apple Music in March 2020, he expressed his love for the song, inviting BENEE to join him on-air. In an Instagram post Elton said:Supalonely by @beneemusic is my top tip for the next global smash. Love her and her music. #NewZealandRocks